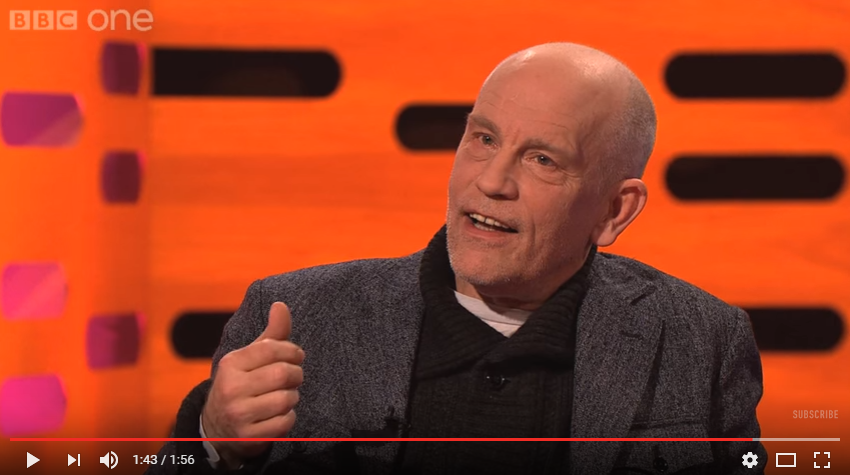 Is it a true story or just made up?

On BBC One’s The Graham Norton Show, the famous American actor John Malkovich tells a story about how he finds a woman in his garden. Malkovich does his best to make us believe that it’s a true story from his life, but the story is such a perfectly structured anecdote that it’s hard to accept. What do you think? Is it true or made up?

What makes it an anecdote?

John Malkovich finds a woman in his garden. He calls her ‘a very big woman’ – basically a polite way of saying that she was fat. He later emphasises her size, describing her as a “Michelin woman”.

The woman offers to be Malkovich’s assistant but he gently refuses, saying he doesn’t think it’s a good idea (this makes the audience laugh).

He then gradually comes to the punchline:

Watch the video John Malkovich on finding a woman in his garden. Go through the activities in the lesson to improve your listening comprehension.

make us believe – convinces us something is true

perfectly – with absolutely no mistakes

anecdote – a short, amusing story about a real incident or person

very big/fat – a person that is heavier than normal, corpulent, overweight, obese

politely – behaving well towards others, courteously

emphasises – gives special importance or value to something or someone, highlights

refuses – declines to accept something, e.g. an offer or a request