Lekce angličtiny od Leonarda DiCaprio – Catch Me If You Can 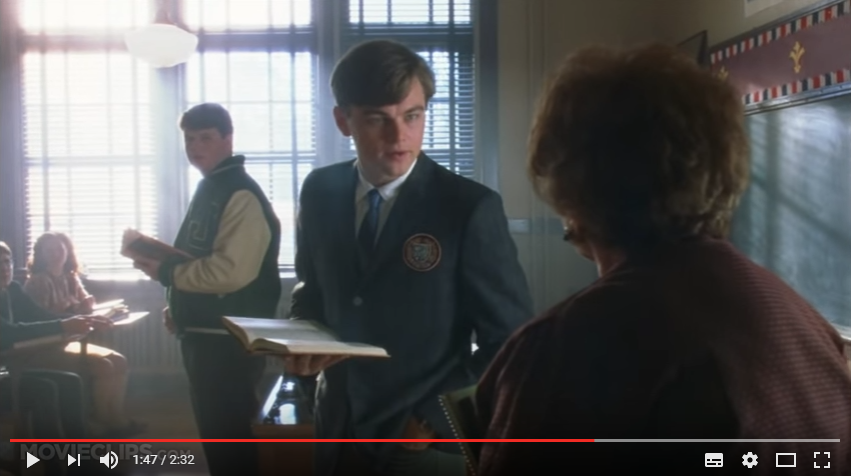 The Birth of a Fraud

The Hollywood film Catch Me If You Can (which was nominated for 2 Oscars) is based on the true story of Frank Abagnale Jr. who successfully forged millions of dollars worth of cheques as a Pan Am pilot, doctor, and legal prosecutor – and all before his 19th birthday.

In one of the film’s key scenes, Frank Abagnale Jr. (Leonardo DiCaprio) discovers his talent for impersonation for the first time. On his first day at his new school he encounters rude behaviour from his schoolmate Brad. He decides daringly to take his revenge – upon entering the classroom he pretends to be a substitute teacher. He pulls Brad out of his desk and makes him read in his terrible French in front of the class. When an old teacher enters the classroom saying that she’s come to sub (substitute) for Roberta (the absent teacher), Frank doesn’t flinch and succeeds in convincing her that he always subs for Roberta.

Frank’s family is in a bad financial situation. But his newly discovered talent for impersonation leads Frank down a slippery slope.

Watch the video Catch Me If You Can – Substitute Teacher. Go through the activities in the lesson to improve your listening comprehension.

forged – made an illegal copy in order to deceive

impersonation – mimicking someone else

daringly – brave enough to do something dangerous

revenge – when you hurt or punish someone in return

flinch – draw back or shrink from a dangerous situation